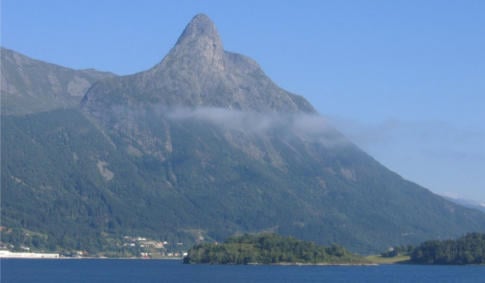 Rjåneset, where the bottle was found - Peik
Mia and Martin Rodal, who are ten and eight years old, found the plastic bottle while out walking with their parents near Rjåneset on Norway's west coast more than a year ago, the BBC reported.
The letter, written by a 12-year-old called Loretta Brooks, was very simple, with the writer simply introducing herself as "a girl from England".
"I don't know who you are but anyway… What is your name? Send me a letter," the letter continued.
Mia and Martin wrote a letter to the London address on the letter,  almost as soon as they found it. But they have received no response, and now believe that the address may be incomplete.
"Finding a letter in a bottle is a kids' dream. It's like finding a secret treasure," Mia and Martin's father Gunnar told the BBC.
"The kids talked about treasure hunting by the sea, and finding a message that had drifted across the North Sea for 16 years was an exciting experience.
But we have tried all options we could think of to find Loretta."
Rodal started his search again this month, after reading about the reaction of 31-year-old Lucy Elliot, whose letter was found by a couple in Norway this month, almost twenty years after she threw it into the sea in Cornwall. 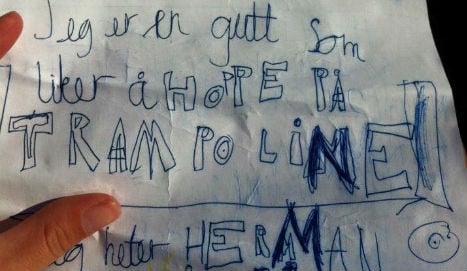 FACEBOOK
Norwegian’s message in a bottle back after 11yrs
Url copied to clipboard!