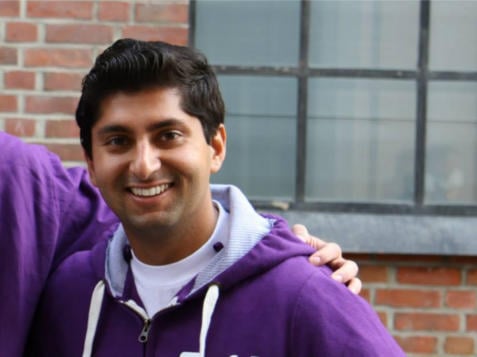 Himanshu Gulati during the election campaign - Progress Party
The government has appointed Himanshu Gulati, who at 25 is the new government's youngest state secretary, as deputy Minister of justice overseeing asylum and immigration policy.
"We are going to conduct a policy we believe is right. We understand that people will react to it," Himanshu told NRK. "But our job is to do what we think is right, even though everyone may not be happy with it."
Gulati, whose parents emigrated to Norway in the 1970s, will defend controversial policies such as the planned roll-out of a network of closed detention centres to hold those who have their asylum applications rejected.
"We will work to have closed reception centres for those who do not cooperate with the authorities, and for faster transmission of such criminal asylum seekers," he told NRK.
When Gulati was elected to lead the Progress Party's youth party in 2012, he was the first ever leader of a youth party with a multicultural background.