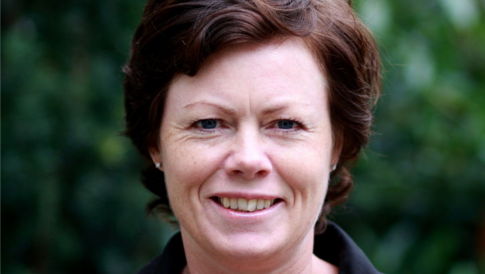 Solveig Horne - Jarle Vines
Solveig Horne, a politician from the populist Progress Party, made the comments in an interview with Norway's state television channel in 2011.
"Girls are responsible for the situation they put themselves in, but boys also have a responsibility to respect a 'no'," she said. "I think both boys and girls have equal responsibility."
Lisa Arntzen, spokesperson for Dixi, a rape victims support centre in Oslo, told The Local that the rape victims she works with were "really hurt and affected" by Horne's statement.
"Where I work we spend a lot of time trying to tell people that it's not their fault. When they hear statements like this, it takes them right back."
"We simply cannot have a minister for children and equality who believes the abused have a responsibility for what they are exposed to."
On Thursday, Horne said that her quote had been taken out of its context, which was as part of a debate following a prominent sexologist's controversial argument that women have a responsibility to let men know when sex is on offer and when it isn't.
"I have never believed that the victim is to blame for rape," she told VG in an email. "There is only one person who is responsible for the rape and that is the perpetrator."
Arntzen said she was hoping to arrange a meeting with Horne to brief her on what her organisation believes needs to be done to prevent rape.
"We've had this debate for such a long time in Norway, about how women dress and how much they drink, and it's time to talk about how to prevent rape rather than who's too blame," she said.  "People won't report rapes if people in positions of power say such things."
Horne's appointment has also angered gays and lesbians in Norway because of a message she sent out on Twitter about a children's book which included gay characters.
"I wonder if it's okay that kindergartens are reading gay adventures for young children?" she tweeted.
Horne said that it would be wrong to consider her as homophobic as a result of the tweet.
"I will be the minister for gays, lesbians, transgender and heterosexual people. People should be allowed to judge me when they have got to know me," she said.