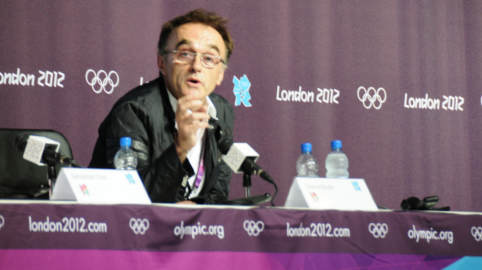 Danny Boyle - Department for Media, Culture and Sport
The series, called 'Telemark', will follow the team which infiltrated the heavy water production plant at Vemork in Telemark county, one of the key facilities in the Nazi programme, and then destroyed it in a daring raid.
"This is one of the world’s greatest stories,” Boyle told Variety, “and we want to tell it on an epic scale.”
The series will be produced by the US cable channel FX and scripted by Boyle's customary writing partner Simon Beaufoy.
"Some of the very best narrative fiction ever told is currently being created as episodic television,” Beaufoy said. “This incredible story is ideally suited to the slower burn and added complexity that the longer format allows, and I can’t wait to get my teeth into this.”
Joachim Rønneberg, 94, who led the 1943 raid, is one of just over a dozen Norwegians to have won the the War Cross with Sword, the country's highest military honour.  He is one of only two of the team still alive.
The story was in 1965 made into a classic war film 'The Heroes of Telemark', starring Kirk Douglas and Richard Harris.