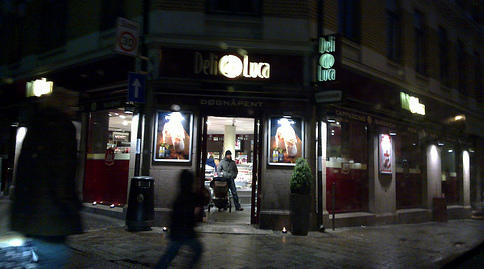 Deli de Luca: staffed by Swedes - Henry Hagnäs
The centre reports that there are now roughly 28,000 Swedes aged between 17 and 25 working in Norway, primarily in restaurants, hotels, and clothes shops, a twenty-fold increase on the 1,300 working in the country in 1990.
“Norwegian and Swedish youth are quite similar and compete for the same jobs,” Bernt Bratsbeg, a senior researcher at Frischsenteret, told Aftenposten. “When the number of Swedes increases so strongly, it becomes more difficult for Norwegian youth to find part-time jobs and summer jobs.”
Alexander Gustavsen, the head of operations for Deli de Luca, a chain of cafes and convenience stores, said many of the chain’s franchise owners say they prefer Swedes. “They work hard, are reliable and are only here to work,” Gustavsen told Aftenposten newspaper.