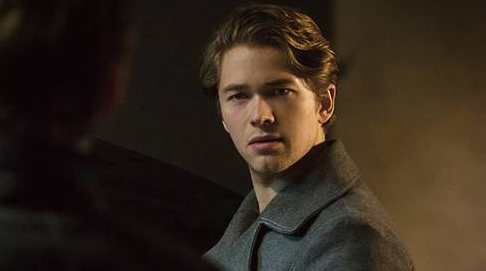 Jakob Oftebro as Mads in The Bridge - SvT
Oftebro plays Mads, the menacing leader of the gang of environmental activists who are the most obvious suspected villains in the third series, the first episode of which was watched by 2.6 million people across Scandinavia at the end of last month.
"I listened to heavy, aggressive music, watched violent movies and hung out alone in pretty tough bars in Copenhagen," he told Aftenposten. "I sought out conflict and aggression. But without going so far as to fight."
Oftebro, who has featured in some of Norway's biggest recent films, such as Kon-Tiki, Max Manus and Victoria, was last year voted Norway's sexiest  man by Elle Norway magazine.
He has now moved to Copenhagen where he is simultaneously filming for two major Danish feature films.