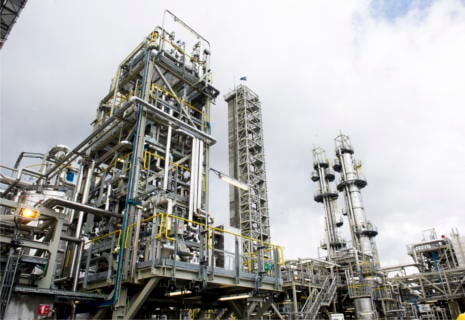 Mongstad Refinery - Marit Hommedal / NTB Scanpix
The project, which would have been the world's first full scale CCS power station, has already cost about five billion kroner ($840m). According to a June article in Bergens Tidende, the estimated total cost of completing it had risen to some 14 billion kroner.
"I fear that Mongstad would have been a project which only demonstrated that we are willing to spend a lot of money on something, not one which sets an example for the rest of the world to follow,”  Petroleum and Energy Minister Ola Borten Moe said as he announced the project's cancellation.
As well as the rising costs, the project economics have also been affected by the falling price of carbon permits in the European Union's emissions trading scheme.
In 2007, Stoltenberg stressed the importance of the plant for Norway in his New Year's Speech.
"It will be an important breakthrough for reducing emissions in Norway, and when we succeed, I think the world will follow," he said. "This is a great project for the country. This is our moon landing."
Borten Moe said that Norway was not abandoning its goal of establishing a full-scale carbon capture and storage plant by the end of 2020.