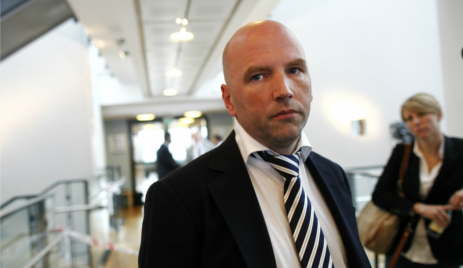 Brynjar Meling - Thomas Winje Øijord / Scanpix
"I can confirm that Rwanda has sent an extradition request, and they want him extradited for prosecution in his home country," Norwegian prosecutor Per Zimmer told TV2.
Brynjar Meling, the lawyer defending the accused man, said his client was "surprised and worried".
"He is worried because he does not believe he will get a fair trial in Rwanda," he said. "We have gone thoroughly through all the documents in the case, and we have uncovered many false claims. We do not think that the Rwandan judiciary has the same will to refute these as a Norwegian court would have."
Earlier this year, Norway extradited another Rwandan, called Charles Bandora, to face trial for crimes in the genocide.
In February, a third Rwandan, Sadi Bugingo, was sentenced to 21 years in prison in Norway for involvement in the genocide. Bugingo had lived in Bergen for 10 years before he was arrested.