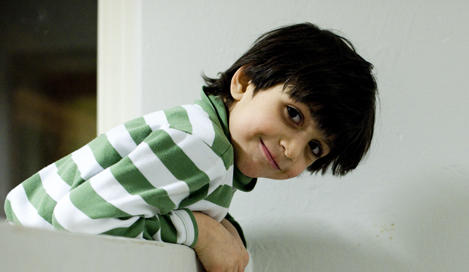 Asylum seeker child - Norske Folkehjelp
Both the Christian Democrats and the Liberal Party are pushing for the amnesty as part of coalition talks with the Conservative Party over forming the new government.
If they succeed, it would be a major symbolic victory for them in the ongoing coalition talks, making it easier for them to justify partnering with the anti-immigrant Progress party.
But Paul Lønseth, Labour's state secretary in the Ministry of Justice warned that such a move would send "a negative signal to the outside world", in an article published on Thursday in the Vårt Land newspaper.
He pointed out that in Solberg had granted a group of children asylum when she was Minister for Local Government in 2004.
"Solberg stressed at the time that the special treatment was a one-off event. She should remember this now," he wrote.
The children have become a cause célèbre in Norway in recent years.