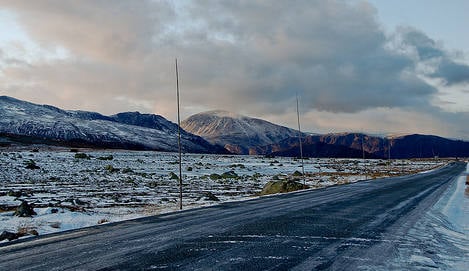 The Valdresflya plateau - Ann Baekken
The snow started falling on the mountains surrounding Filefjell on Monday, prompting the Norwegian Public Roads Administration to warn road-users to switch over to winter tyres.
But the warning came too late for the Estonian truck, which blocked half of the County Road 55 between Lom and Høyanger.
"We got snow on Monday afternoon," Peter Lindberg, owner of the Valdresflya hostel, which lies 1389 metres above sea level, told Opplands Avisen newspaper. "The snow is quite sticky."
He added that snow had come unusually early this year, with the first flakes falling in mid-August.