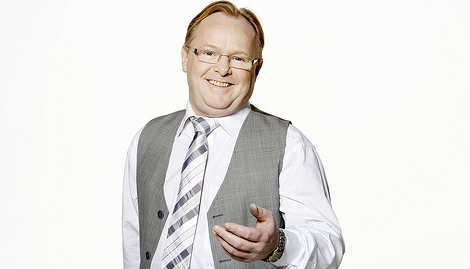 Progress Party deputy leader Per Sandberg, who has co-authored a report calling from immigration levels to be reduced by a factor of ten - Progress Party
"Shock choice in Oslo: Breivik party gains government power," wrote Italy's leading newspaper, Corriere della Sera, in its election coverage, explaining to readers that "the xenophobic party has allied itself with the Conservatives."
The embassy asked for guidance on how to respond to such articles linking the Progress Party to the far-right terrorist Anders Behring Breivik, who is a former member.
The Progress Party has also contacted the Foreign Ministry, asking it to do more to counter "the completely meaningless impression" given by such reports.
"Ministry of Foreign Affairs should ensure that they inform journalists, newspapers and news channels in the respective countries about what the actual situation is," the party's deputy leader Ketil Solvik Olsen said.
Norwegian newspapers also singled out a report in the UK's Independent newspaper, sub-headed: "Anti-immigrant party with links to mass murderer Anders Behring Breivik set to enter government under Conservative leader Erna Solberg".
Outgoing foreign minister Espen Barth Eide said that while the foreign ministry would monitor the coverage, it was up to the Progress Party to clarify its policies.
"We are following the situation closely, for this is a matter of Norway's reputation abroad," he said. "We will help them all we can, but they are the ones who have to clarify what their positions are."