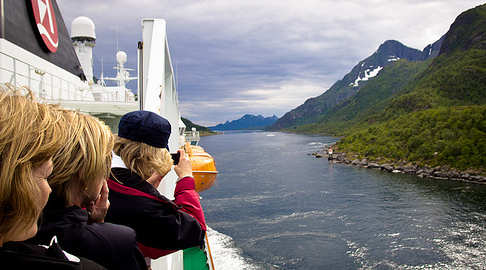 Hurtigruten - Ole Kristian Losvick
"This is political symbolism, but also a way to really focus on the tourism industry, Astri Dankertsen, a candidate for the Norwegian Sami Association, told Nordland newspaper. "Sami culture is one of the unique aspects of Northern Norway, and many Sami live along the coastal shipping lanes.
The eleven ships of the Norwegian Coastal Express, or Hurtigruten, sail the length of the country from Bergen to Kirkenes in what is often touted as the world's most beautiful sea voyage.
The Sami Association aims to name the Sami ferry after a prominent member of the community, such as as the artist Per Adde, the linguist Ole Henrik Magga, or the musician Mari Boine, and to have Sami food served on board.
The Hurtigruten, which
The Sami people, traditionally nomadic reindeer herders, live in an arc across northern Norway, Sweden, Finland and Russia.
Norway's 1987 Sami Act gave the country's 40,000 Sami their own parliament, gave the Sami language an equal standing to Norwegian, and recognised them as an indigenous people. 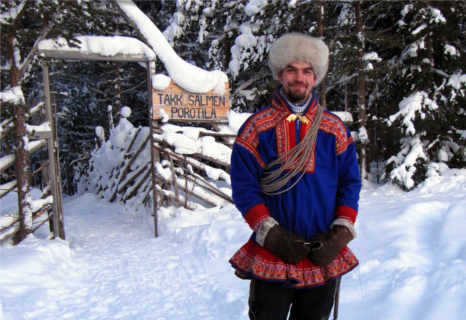 SAMI
Norway city will not be renamed ‘Ahkkunjarga’
SAMI
‘I was cursed by a Sami politician’: deputy mayor
Url copied to clipboard!