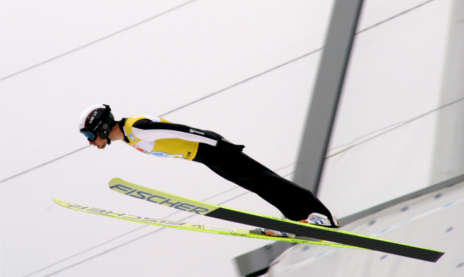 Ski Jumping at Holmenkollen - Max Froumentin
Some 48.5 percent of respondents in Oslo said they were now in favour of hosting the games in a survey carried out by Infact for VG newspaper, compared to 40.7 percent who said they would vote against.
"These are amazing figures," Oslo mayor Fabian Stang told VG. "It shows that those in middle age, who have already had the great joy of seeing the games hosted in their home country, are no longer voting on their own behalf. They are now voting so that the young, their children and grandchildren, will be given the opportunity to experience the same thing."
In a poll published by NRK on 22 August, 57 per cent of Oslo residents polled by research agency Norstat said they would vote against the games.
Oslo residents will be vote on whether to host the games at the same time as they cast their vote in the general election on September 9.