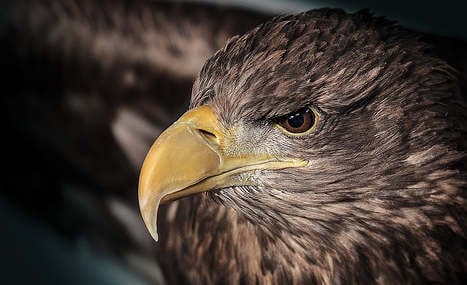 Sea Eagle - Bart Van Dorp
Scientists now estimate that there are between four and six thousand eagles along the Norwegian coast.
"This has happened only a few years after the eagle was removed from the national red list, and it is gratifying,"  Arild Espelien, a biologist at the country's Environment Agency told the channel.
However, the health of the sea eagle population has come at the price of puffins, kittiwakes and guillemots, whose numbers have gone into decline as the giant birds terrorise their colonies.
"Many seabird populations have experienced a decline of 95 percent in recent years," Espelien said. "It's bad if a species that has just come out of the red list is a threat to other endangered species."
He said it may be necessary to begin culling the eagles.
The eagles were on the point of extinction before they were first protected in 1968, with hunters catching them for their powerful wings, which were used as brooms.