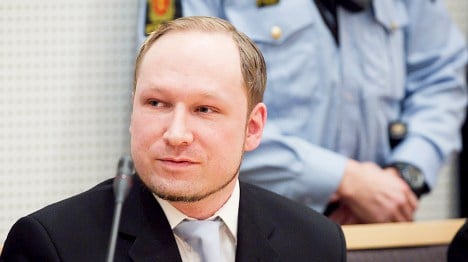 Anders Behring Breivik - Heiko Junge Scanpix
Wenche Behring pleaded ill-health to avoid appearing in court, while the Norwegian media, with its usual ethical treatment those suffering illness, left her almost completely alone.
Now Marit Christensen, a former journalist with Norwegian broadcaster NRK, has revealed that she had almost daily contact with the killer's mother starting shortly after the events. She will publish her a book giving the mother's side of the events this autumn.
"This book project was so secret that only a handful of people knew about it," she told VG. "I have gone through the mother's life, from cradle to grave. I've written about her feelings and reactions to Anders Behring Breivik, right from his childhood. The story was not gone with her, but still exists."
Breivik lived alone with his mother for the five years leading up to his attacks, telling her as he left to carry out his atrocities that he was just "popping out to an electrical shop to buy some parts for my computer".
Christensen gave little away about the book's contents in her interview with VG on the weekend.  But she she does say that Breivik's mother did not blame herself for her son's actions.
This is despite revelations from leaked psychiatric reports that Norwegian childcare authorities tried to have him taken away from her, aged four, to avoid him developing "more severe psychopathology".
The journalist said this was because Behring “never had the ability to accept… that either she herself or those closest to her had problems and should have got help to deal with them.”  She believed that Breivik’s mother “was taught to hide problems,” not address them.
Wenche Behring's account will counter the impact of A Norwegian Tragedy, by Norwegian literary critic Aage Borchgrevink, which pinned the blame almost exclusively on Breivik's early upbringing.
Borchgrevink published extracts from confidential psychiatric documents from Norway's centre for child and youth psychiatry (SSBU), where the family spent several weeks in 1983.
The SSBU report described Ms Behring as "a woman with an extremely difficult upbringing, borderline personality structure and an all-encompassing if only partially visible depression" who "projects her primitive aggressive and sexual fantasies onto him [Breivik]".
"She shifts very quickly between speaking to him with a sugary voice and openly expressing a death wish," they said.
According to the psychiatrists, Ms Behring had felt her son was "aggressive, hyperactive and clingy" while she was still breastfeeding him and became pre-occupied with the idea that he might assault someone.
They also said that she slept in the same bed with him "with very close bodily contact."
Borchgrevink said he believed that if the authorities had taken Breivik away from Ms Behring, the attacks would not have happened.
"The fact is that he was actually caught by the system before the action, not by the security police, but in his childhood. He was within the system, but the system let him go."
Breivik was sentenced last year to 21 years in jail for his twin attacks in July 2011, which he claimed were "necessary" to alert Norway to the threat posed by Islamic immigration. 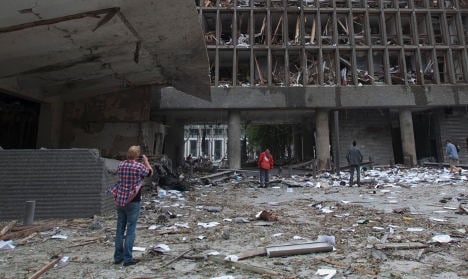 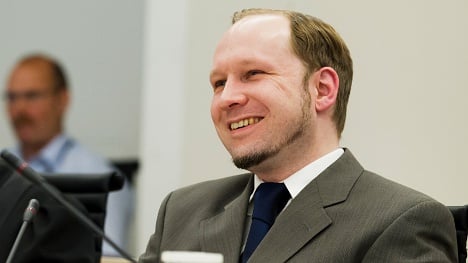 BREIVIK
Breivik needs to pass maths to get uni place