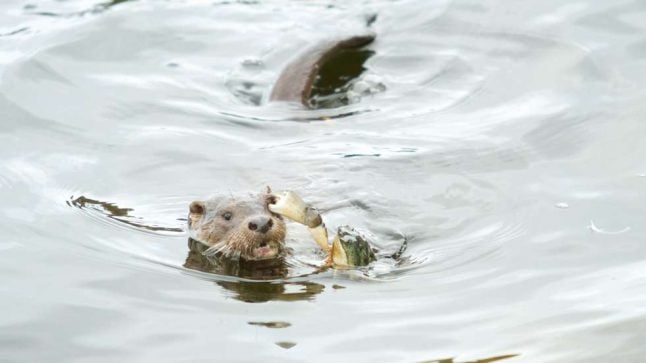 Otter attacked by crab - Andre Sørlie
"The otter looked very uncomfortable, but he dived and I never saw him come up again, so I hope he's OK," Sørlie told The Local. "I think he probably tried to get it off by smashing it on the rocks at the bottom. I think he's probably alive and well."
Sørlie was on holiday with his in-laws on Ulvøya in the Oslofjord on Wednesday when he came across the animal, which swam towards him for several minutes before diving out of sight.