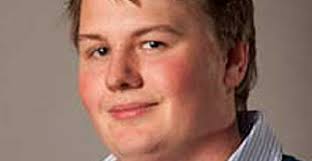 Tor Johannes Helleland - Drammen Kommune
"It appears that the images in question are less compromising than the impression one would get from the media, even if they are perceived as serious by those concerned," Police lawyer Per Morten Sending told the Aftenposten newspaper.
Tor Johannes Helleland was forced to step down from his position  on Drammen city council after admitting to have hacked into the iCloud accounts of several women and posted them up on a porn site.
Sending admitted that police had not pursued the case when it first learned of the pictures in the winter, but said they had "intensified" their investigation since VG newspaper reported on the weekend that they had tracked the pictures down to a Conservative Party politician.
Einar Stangvik, the computer expert who tracked down Helleland told The Local attacked Sending's comments as "wildly out of place".
"The police commented before they had looked through the material," he said. "The pictures and videos were and are explicit."