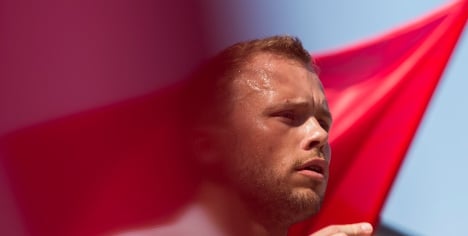 Socialistisk Venstre (SV) party leader Audun Lysbakken suggested on Thursday that it was time to clear out oil, gas and coal companies from the overseas assets invested in by the state pension system (Statens Pensjonsfond Utland – SPU)

"To withdraw conventional energy sources wouldbe a powerful and courageous signal from Norway about what kind of road we'll chose in the future," Lysbakken told young members of his party at their summer camp.

He referenced the "carbon bubble", in which the value of the carbon energy market would tumble if politicians made good on their green ambitions regarding renewable energy. Lysbakken also mentioned the environmental toll of exploration and extraction.

"To invest in destroying the climate through conventional energy extraction is dumb in two ways," Lysbakken told the young socialists.

The SPU fund has investments of between 20 to 30 billion kroner, which the MP said could be increased to 100 billion in order to throw investment weight behind renewable energy.

"(It) would show that we take the climate seriously," Lysbakken told the NTB news agency.

"All plausible analyses show that energy demand will only go up in the next ten years due to population increases across the world," Lund told NTB. "And that oil will continue to be the most important component to that demand."