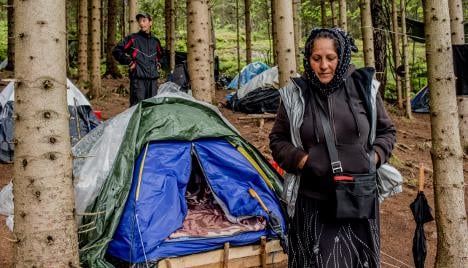 Cristoiv Kozalia moved to the camp in Sognsvann in late May. Photo: Stian Lysberg Solum/Scanpix
Oslo City Court has confirmed receipt of the petition and has advised that it will take at least a month before a ruling is made in the case, according to judge Hilde Stromme Kollbær.
In late June the Roma received support after Statsbygg requested a preliminary injunction to remove the tented camp.
Friday last week, they sent their own request into the local magistrate, the same method that was deployed by Statsbygg to remove a camp that was located at the site last year.
In late May another tented camp located on city land close to another Statsbygg construction site was cleared by order of the court.