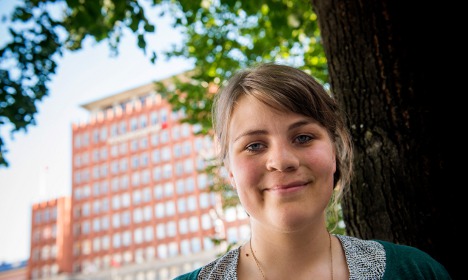 Judging by current opinion polls, five of the young candidates are probably guaranteed a seat in Stortinget once Norwegians have cast their ballots. The remaining 30 candidates figure too low on party lists to be guaranteed a job as MP. The lists are used by political parties as part of Norway's proportional representation election model, in which the total voter support for a party determines how many candidates on the list make it into the national legislature.

The young candidates who have been placed high enough on the lists to give them the closes there is to a guarantee of getting in are Jette F. Christensen in Hordaland, Stine Renate Håheim in Oppland, Torstein T. Solberg in Rogaland, and Åsmund G. Aukrust in the Akershus election district.

Eskil Pedersen, the leader of the Labour Party's youth wing AUF, told the Aftenposten newspaper that the party risked losing the support of young voters if attempts were not made to renew the party lists ahead of the autumn elections. He is also included in a party list, for the Telemark election district, but based on recent opinion polls his seventh place slot will not suffice to land him a seat in parliament. Only the two top names appear likely to make it to Stortinget.

Ragnhild Kaski, 23, from Finnmark is another young candidate.

"I was asked to be a youth candidate about a year ago and there was no doubt about me wanting to candidate. Politics is a big part of my everyday life," she told Aftenposten.

Party colleague Vegard Grøslie Wennesland has also decided to make a go of it in Oslo. He said that the murders of 69 of his fellow attendess at the 2011 summer camp for Labour Party youth  two years ago by homegrown terrorist Anders Behring Breivik had not deterred him.

"Someone tried to kill me for what I believe in, so of course I have to fight back," he told the Reuters news agency.