The Jamaican sprint star raced to a Bislett Games meet record and world lead time of 19.79 seconds to finish well ahead of a weak field made worse when his closest rival, Dutchman Churandy Martina, was disqualified for a false start.

Bolt made sure he was well away at the second time of asking to rebound from just his fifth defeat on the track since the 2008 Beijing Olympics with an awesome display of power both around the bend and also down the home stretch.

"It's a very good start for my first 200m (of the season). I'll now go home and work on everything else. I'll aim to go even faster," said Bolt, whose next outing will be at the Jamaican national trials ahead of August 10-18th world championships in Moscow.

Vlasic, chasing a fifth victory in her ninth appearance at the Bislett Games, only made four attempts in the women's high jump, succeeding just once at 1.85m for an early exit in a competition won by Russian Svetlana Shkolina (1.97m) ahead of Sweden's Emma Green Tregaro and world and Olympic champ Anna Chicherova (both 1.95m).

"It wasn't my day," said Vlasic, making her comeback from a nine-month injury lay-off. "When the competition started, I was emotionally totally empty.

"I wasn't able to push off, the last three steps were without push or power."

In what was dubbed the best men's steeple field ever assembled, Kenyans took the first six places in a dominant showing led by 18-year-old tyro Conseslus Kipruto in 8min 04.48sec, 3sec off his world lead set in Shanghai.

"I was confident despite the fact that Kemboi is Olympic champion, a very tough guy and hard to beat," beamed Kipruto as he continued his unbeaten form this season.

Leading through the bell, Defar accelerated from 250 metres to leave Kenyan Viola Kibiwot and Ethiopia's Genzebe Dibaba trailing in her wake.

"I felt very comfortable through the race," said Defar. "I knew I have the shape. I think I'm even in world record shape, but was not confident enough to try for it."

It was the first ever win by a Saudi in a running event in the Diamond League, and Masrahi expressed hope that his American coach, the legendary John Smith, would be "satisfied" when he returned to his training base in Los Angeles.

"This is very important for me towards the goal I have and that is a medal in Moscow," said Masrahi, who only took up the one-lap race in 2008. 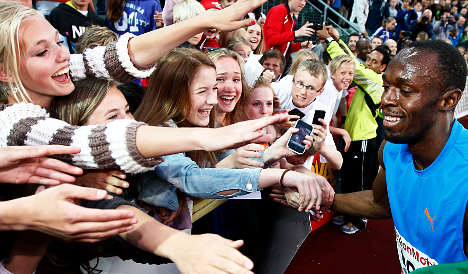 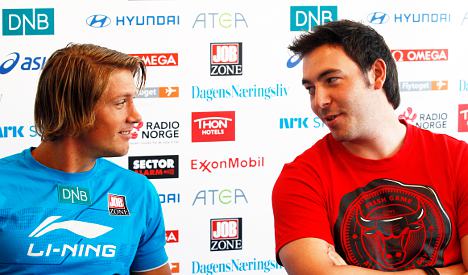 Other stand-out performances came from Australian world champion Sally Pearson over the women's 100m hurdles and Kenyan Milcah Chemos, who ran the fourth fastest time ever in the 3000m steeplechase.

After a sun-kissed opening two hours of competition, the temperatures dropped for the Bolt v Powell duel, but the Jamaicans did not let the capacity crowd at the Bislett Stadium down.

Teeth gritted and long legs pumping, Bolt screamed through the finish line in 9.79 seconds, Powell notching up his 77th sub-10sec 100m in 9.85sec.

The 25-year-old reigning double Olympic sprint champion left it late in the race to reel in Powell, the former world record holder who was left wondering what he has to do to improve on his 11-1 losing record against Bolt.

"I really enjoyed it!" beamed Bolt. "My execution was alright. I'm going home now to top things up.

"I'll look to go fast and look forward to the trials."

Powell added: "It was an awesome race. I was there until 85 metres then my legs tired.

"Usain is a lot stronger at the end so that was it. But it's good to go to the trials with such a fast time. It brings me confidence."

"I like being chased, it keeps me hungry. I'm not feeling the pressure because I'm feeling confident."

Ethiopian Kenenisa Bekele, the reigning Olympic 5,000 and 10,000m champion who is battling to rediscover his world-beating form after injury, sat back in the field of the 5,000m until the bell rang for the last lap.

But he had left himself far too much to do, finishing fifth, with compatriot Dejen Gebremeskel taking the honours in 12:58.92, with 10 Ethiopians in the first 12.

World champion Dai Greene was also upset in the 400m hurdles, Puerto Rico's Javier Culson winning in a world lead of 47.92sec. Greene, a week after pulling out of Rome with a stomach virus, came in fourth in 48.98sec.

"That was not a good race for me," said Greene. "I pushed hard in the first 250 metres and had nothing left."

Botswana's world 400m champion Amantle Montsho made no mistake in her race, coming home in 49.68sec to send out a warning to world leader Sanya Richards-Ross of the United States.

Milkah Chemos smashed more than 6sec off her own season leading time in the 3,000m steeplechase, timing a fourth fastest time ever of 9:07.14, a new African record.

"When I improve my technique over the barriers I definitely think I can go close to the world record," the 26-year-old said.

"But first up is the Kenyan trials."

There was also no drama for in-form Frenchman Renaud Lavillenie, who won the pole vault with a best of 5.82m, 20cm higher than German rival Malte Mohr.

Home favourite Andreas Thorkildsen finished in a disappointing third place in the javelin, behind winner Vitezalav Veselyof of the Czech Republic and runner-up Fatih Avan from Turkey. 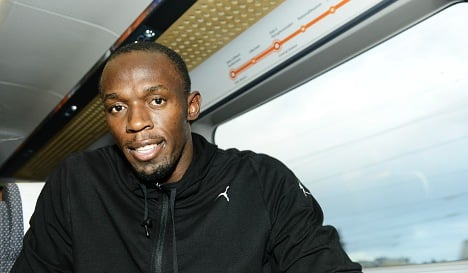