Norwegian national Mikael Davud, a member of China's Uighur minority and considered the mastermind behind the plot against the Jyllands-Posten daily, was first sentenced in January.

The Oslo appeals court last month upheld the guilty verdict against him and an accomplice, Shawan Sadek Saeed Bujak, an Iraqi Kurd residing in Norway.

The court, however, lopped six months off the three-and-a-half-year sentence originally meted out to Bujak.

Arrested in July 2010, the two men were found guilty of planning a bombing attack against the newspaper, which has been the target of several plots by Islamist extremists since publishing a series of inflammatory cartoons featuring Muhammad in 2005. One cartoon showed the prophet wearing a turban resembling a bomb with a lit fuse.

Prosecutors, who also accused the men of planning to murder cartoonist Kurt Westergaard, had initially demanded they receive prison sentences of 11 and five years respectively.

The court failed to come to a decision over the guilt of a third man, David Jakobsen — an Uzbek arrested at the same time as Davud and Bujak.

Jakobsen was acquitted in January of the most serious charges but was sentenced to four months in jail for helping the others procure bomb-making material.

Though David acknowledged plotting an attack, he said he was targeting Chinese interests and not the newspaper. China's Uighur community is an oppressed minority.

He said he was acting for purely personal reasons and had manipulated the other two men so they could help him buy chemicals to make a bomb. 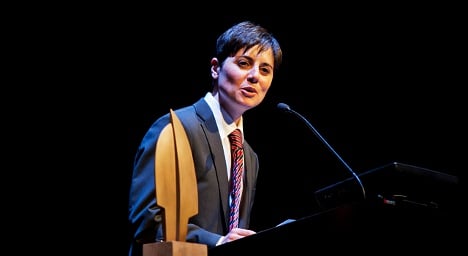 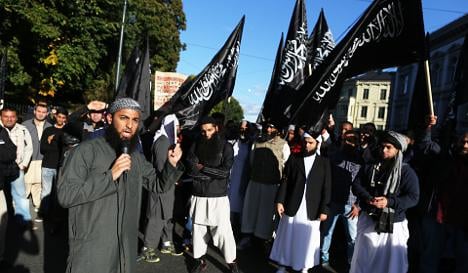 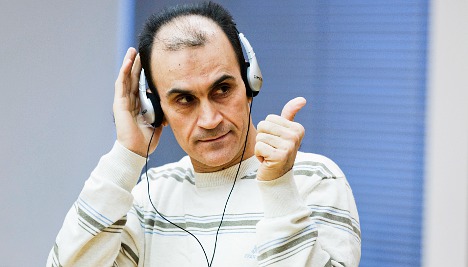 Norwegian national Mikael Davud, a member of China's Uighur minority considered the mastermind behind the plot against the Jyllands-Posten daily, was sentenced to seven years behind bars.

According to the prosecution, the two men had in liaison with Al-Qaeda planned to use explosives against the offices of the Danish newspaper and to murder Kurt Westergaard, the cartoonist behind the most controversial of the 12 drawings of the Muslim Prophet published in September 2005.

Westergaard's drawing, which has earned him numerous death threats and an assassination attempt, showed Muhammad wearing a turban shaped like a bomb with a lit fuse.

The prosecution had demanded prison sentences of 11 and five years respectively.

"There is no doubt that it was Davud who took the initiative in the preparations for a terrorist act and that he was the central character," the three judges said in their ruling.

"The court also believes that it was he himself who would have carried out the terrorist attack since he has explained that he planned to lay out the explosives himself," they added.

The judges also said the prosecution had proven "beyond any doubt that Davud knowingly and voluntarily plotted with Al-Qaeda to carry out a bomb attack against Jyllands-Posten with a bomb that was so powerful that he understood human life could be lost."

The court did not however find it proven that the men had planned to assassinate Westergaard.

According to Norway's intelligence service PST, Davud, a short, bearded 40-year-old, received training in making and using explosives from Al-Qaeda members and sympathisers in Pakistan's region of Waziristan between November 2008 and July 2010.

Jyllands-Posten's publication of the 12 cartoons of the prophet Muhammad provoked violent and even deadly protests across much of the Muslim world.

On Monday, the Danish paper refused to comment on the verdict in Oslo.

David Jakobsen, an Uzbek arrested at the same time as Davud and Bujak in July 2010, was meanwhile acquitted Monday of the most serious charges but was sentenced to four months behind bars for helping the two others to procure the materials needed to create the explosives.

The three men had all pleaded not guilty to the charges when the trial opened and their lawyers asked for their acquittal.

Davud however did confess to planning an attack, but said it was directed at Chinese interests in Norway and not at Jyllands-Posten.

The member of the oppressed Uighur minority in China said he had been acting out of purely personal motives and that he had manipulated the two others so they would help him get hold of chemicals, including hydrogen peroxide, that he needed to build a bomb.

Bujak, 39, meanwhile admitted that he had spoken with Davud about the possibility of punishing Jyllands-Posten for the cartoons, but insisted the comments were vague and did not constitute a terrorist plot.

"Bujak helped Davud with the preparations … and there is no doubt that he was very much involved," the judges ruled, nonetheless lending credence to his insistence he had had no intention of participating in the attack itself.

As for Jakobsen, who contacted police voluntarily in November 2009 and was the only one of the three to have been released from custody until the verdict, he categorically denied any intention to participate in the plot. 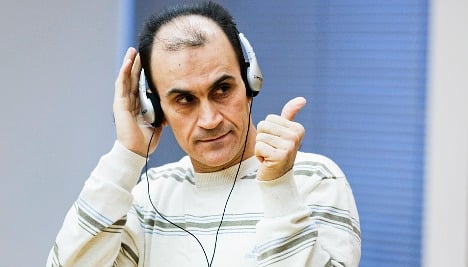