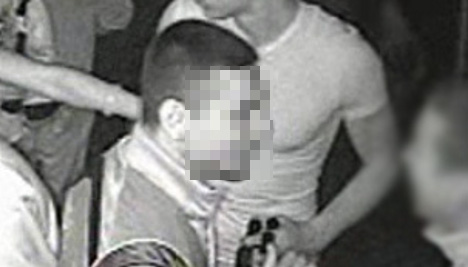 The 31-year-old suspect had been hiding out in Pakistan but returned to Denmark on Saturday of his own free will.

He was met by police officers on arrival at Kastrup Airport before being remanded in custody on Sunday and charged with assault.

“We’ve had a dialogue with him through his lawyer for a few months,” said police inspector Jens Møller.

Andreas Bull-Gundersen had studied and worked in Copenhagen since 2005. He had gone out for the night with some Norwegian friends when they got into an argument with another customer in a pub.

The suspect then threw a glass at the 25-year-old, opening up a small gash in his head.

Realizing the seriousness of the situation, the victim made his own way to hospital.

But a misunderstanding arose when Bull-Gundersen tried to explain he was a haemophiliac (hemofil). Thinking the Norwegian had said he was a homosexual (homofil), a doctor told him he did not need treatment, either for his sexuality or the small wound.

Bull-Gundersen then went back to the houseboat where he lived. With his blood unable to clot, he was found dead two days later.

The suspect in the case has a prior conviction for violent crime. Despite the fatal outcome of the attack, he has not been charged with murder.