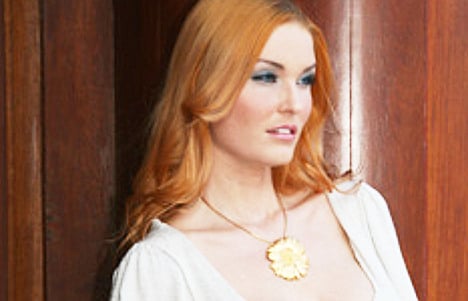 The 29-year-old Kruuse Nielsen came a cropper as she made her way to a dance lesson in December 2008, a year after she represented Denmark in the Miss World beauty pageant.

Earlier this year, Sandefjord district court ruled in favour of the ex-model, arguing that the town council had failed to fulfil its duties to salt an area near the town square where the model lost her footing.

But the municipality appealed the decision, and the Agder court of appeal on Tuesday found against the complainant, broadcaster NRK reports.

While the court said there was no doubt that Kruuse Nielsen had slipped on an icy surface, it noted that the accident happened ”in a place that both parties now agree cannot be defined as a footpath.”

The model was in the town for a work assignment when she took a tumble by the town square, hitting her head on the ground as she landed on her back.

She spent one night in hospital and the following week in bed before returning to Denmark, where doctors found she had suffered nerve damage, along with injuries to her back, hip, shoulder and neck.

Kruuse Nielsen and her lawyer claimed the council should have salted what they describe as one of the busiest pedestrian areas in the town.

According to her doctor, Kruuse Nielsen was so badly injured in the fall that she should be considered eligible for a full disability pension.

Sandefjord council, however, argued that the model fell on a patch of ground which did not qualify for winter maintenance.

Kruus Nielsen and her lawyer disagreed with the court’s conclusion and are considering an appeal.

”Neilsen was upset by the decision,” lawyer Even Solbraa-Bay told NRK.

”She is composed about it, but she thinks it was tough, She has had a tough life since this happened.”