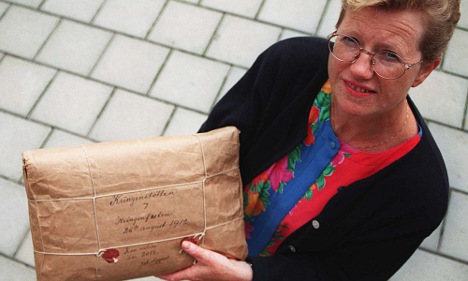 Speculation is rife about the contents of the three-kilo parcel, sealed and bound in 1912 by the then mayor of Sel, Johan Nygaard, who wrote on the package that it “can be opened in 2012”, newspaper VG reports.

Having kept it to himself for the first few years, Nygaard handed the package to council authorities for safe-keeping in the 1920s.

“We haven’t the faintest idea what’s inside,” said Kjell Voldheim, who works at the Gudbrandsdal Museum where the package is held.

“It’s going to be incredibly exciting. We have fantasized a lot about what it might contain. The council has expressed a desire for it to contain a sheaf of oil shares that could help the municipality,” he told VG.

Voldheim is one of two people who will open the package on Friday, when the century-old secret will finally be revealed.

With successive local administrations choosing to comply with Nygaard’s request, the package survived two world wars before it twice narrowly avoided being discarded during clear-out operations, once in the 1950s and again in the 1980s.

The package will be opened in Otta, the municipality’s administrative capital, at a time when the town is celebrating the 400th anniversary of the Battle of Kringen.

In 1612, farmers in the picturesque Gudbrandsdal valley successfully fought off a band of Scottish mercenary soldiers as war raged between Sweden and a joint Danish-Norwegian army.

The fact that Nygaard sealed the package as the region marked the 300th anniversary of that battle could provide a clue as to what’s inside.

“It could be historical documents,” said Kjell Voldheim.

“Or maybe it’s the Blue Star diamond from the Titanic, which sank in 1912,” he joked.

The current mayor of Sel, Dag-Erik Pryhn, admitted he was thrilled at the prospect of finding out about his predecessor’s secret.

“Even the way he delivered it suggests that he himself, at that time, thought it was valuable,” Pryhn told VG.

Read more about the mystery package on VG.no (in English)

And watch the video (with English subtitles)