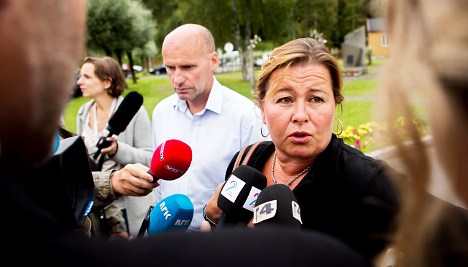 "He's very clear on this point… If he's declared criminally sane, he will not appeal the verdict," Geir Lippestad said Thursday after visiting his client in prison.

"But he's also very clear on the fact that if he's found insane, he will appeal," he said in remarks to television channel TV2 Nyhetskanalen.

Breivik has confessed to the killings but he has pleaded not guilty to "acts of terror", arguing his actions were "cruel but necessary" to protect his country from the multiculturalism he despised and which his victims had allegedly embraced.

His 10-week trial, which concluded in June, was one of the most compelling in Norway's history as the court tried to delve into his mind to determine whether he is sane or not.

If he is found sane, he risks a prison sentence of 21 years, which can be extended indefinitely as long as he is considered a threat to society.

If he is found insane, he will be ordered to undergo closed psychiatric care, possibly for life.

Two court-ordered psychiatric evaluations came to contradictory conclusions about his mental health, and it has been left to the five judges to decide.

Breivik wants to be found of sound mind so that his beliefs will not be considered the ravings of a lunatic.

"He is convinced that will be the outcome" of the trial, Lippestad said.

He said Breivik himself will probably announce whether he plans to appeal the verdict as soon as Friday, even though he has 14 days after the verdict to do so.

"We have advised him to take some time to reflect regardless of what the verdict will be, but he will probably not follow this advice: he will probably announce tomorrow, when the court asks him, whether he will appeal," Lippestad said.

He said that Breivik was "calm" and "shows no sign of remorse," as was the case throughout the trial.

The Oslo district court is to announce the verdict around 10.am (0800 GMT).