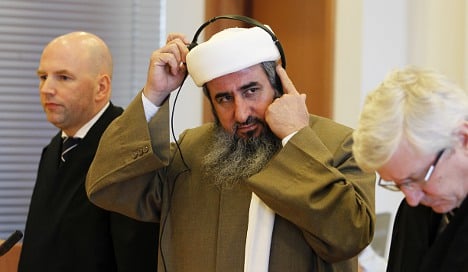 Mullah Krekar, 56, whose real name is Najmeddine Faraj Ahmad, was sentenced to five years in jail in March for issuing death threats against a former government minister and others.

Krekar was found guilty of threatening the life of Erna Solberg, an ex-minister who signed his expulsion order in 2003 because he was considered a threat to national security.

Now, he faces three new charges of inciting terrorist acts, threatening witnesses in a case against him, and criminal damage.

Krekar, whose name is on terrorist lists drawn up by the United Nations and the United States, has avoided expulsion since the order was signed nine years ago since Norwegian law prevents him from being deported to Iraq until his safety can be guaranteed and as long as he risks the death penalty there.