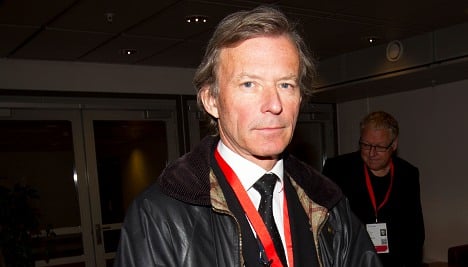 According to the defence lawyer Frode Sulland, who has watched the trial with interest, evidence presented over the last two weeks has lent increasing weight to the findings of a second court-ordered psychiatric evaluation.

Unlike the first review, it found that Breivik was not crazy and could be held criminally responsible for the dual terrorist attacks that left 77 people dead last July.

The lawyer added that testimony provided later this week by members of the Norwegian Board of Forensic Medicine would be crucial in determining whether Breivik is found sane or not.

“It will be interesting to hear why they did not have any comment to make on the first expert report. The report has not received any particular support from the evidence so far,” said Sulland.

While Breivik's guilt is not in doubt, his sanity is at the heart of the ongoing trial in Oslo, where he stands charged with committing acts of terrorism in his twin attacks in and near the capital.

He bombed a government building in Oslo, killing eight people, then shot dead another 69, mainly teens, who were attending a summer camp held by the ruling Labour Party's youth wing on the island of Utøya.

He says his actions were to stop Norway falling victim to multiculturalism and a "Muslim invasion," and wants to be officially declared sane in a bid to ensure that his ideology is not written off as the ravings of a lunatic.

Psychiatrist Eirik Johannesen, who spent 26 hours speaking with the 33-year-old extremist in prison, told the Oslo district court on Monday he was "completely convinced" that Breivik was not psychotic.

"In light of his ideology, I don't think that he can be treated with therapy or with medicine," Johannesen said.

"He has created an identity to convince other right-wing extremists and fascists (to follow his example), an identity that doesn't correspond to who he really is. But not in a psychotic way," the psychologist added.

The first conducted last year found him to be suffering from "paranoid schizophrenia" and therefore not responsible for his actions, while the second carried out shortly before his trial began in April concluded that he was sane.

Other experts testifying before the court have so far offered varying diagnoses for Breivik, but have all more or less agreed that he is criminally sane.

On Monday, a senior psychiatry professor, Einar Kringlen, explained why he had reversed his opinions, saying he long believed Breivik was insane but instead now favoured the second evaluation after seeing Breivik's behaviour in court.

"Evil cannot always be explained by illness," he said, pointing to the Holocaust as an example.

Meanwhile, the head of a team of 18 people tasked with monitoring Breivik in his cell almost around the clock for three weeks earlier this year said the mass murderer had shown no sign of psychosis at any point.

"It is very unlikely that he would be able to conceal a psychosis for three weeks," psychiatrist Maria Sigurjonsdottir testified.

The five judges will rule on the question when they hand down their verdict either on July 20th or August 24th.