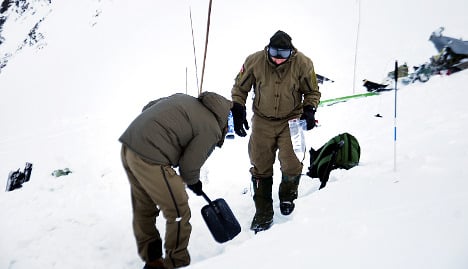 “The responsibility for clearing up the crash site ought to fall on the owners of the aircraft, in this case the Norwegian state,” the agency wrote in a letter to the Swedish Ministry of Social Affairs, newspaper Dagens Nyheter (DN) reports.

The aircraft went missing when it was on its way from Evenes in northern Norway to Kiruna in the far north of Sweden on March 15th.

Two days later, wreckage as well as body parts from the five deceased crew members were found on the east and west sides of the Kebnekaise Massive at an altitude of more than 1,500 metres.

The salvage work has taken some time and the crash site, located on land owned by the property board, now needs to be cleared of debris and equipment.

After speaking to the Norwegian Armed Forces, the board has concluded that the demand for a Norwegian sanitization project should be addressed to the Norwegian embassy in Stockholm, and needs to come from the Swedish government rather than one of its agencies.

“The National Property Board therefore requests that the government propose to the Norwegian state that they take the necessary steps to sanitize the area of the crash site on Kebnekaise for the purposes of clearing the area of wreckage, equipment and potential environmental hazards,” the agency wrote.