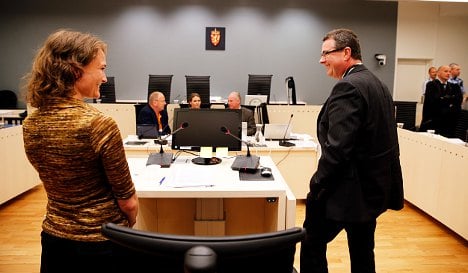 ”He really wanted to be a major hero,” Arnhild Flikke told the Oslo district court.

”He wanted to do something in the post-World War II era that would be talked about, written about in newspapers all over the word, and that everybody knew about. And he succeeded in that,” said the psychiatrist when asked what she thought was the ”driving force” behind the July 22nd attacks.

Breivik has previously insisted that he carried out the dual attacks that left 77 people in order to save Norway from a ”Muslim invasion”.

On Monday, he fended off the observations of psychiatrists who met him every Friday for 21 weeks.

”The claim that I did this to get attention is completely wrong. After all, I had planned it to be a suicide mission. Regardless of how much attention I would have got after my death, it wouldn’t have mattered so much,” said Breivik.

”But I am glad Flikke doesn’t think I’m insane,” he added.

Arnhild Flikke, a member of the team that has interacted with Breivik at Ila prison, said that after each session she had drawn the conclusion that he was ”not psychotic”.

She admitted she had found herself in a tricky position when two very experienced psychiatrists for whom she has a lot of respect, Torgeir Husby and Synne Sørheim, had reached the exact opposite conclusion.

”Yes, these are very smart people. Of course it made it difficult, she said.