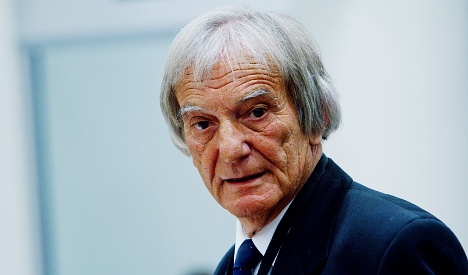 The 31st day of Breivik's trial was in large part dedicated to testimony from extremists, as the defence tries to prove the July 22nd bloodbath was the result of ideological convictions shared by others, albeit a tiny minority, and not due to mental illness.

"Norway is at war. It is in the process of being Balkanized," Tore Tvedt, the founder of neo-Nazi group Vigrid, told the Oslo district court.

"We are not only under attack. We are in the process of being eradicated," he added in reference to an alleged "Clash of Civilizations" between the West and the Muslim world.

Earlier, Arne Tumyr, who heads the organization Stop the Islamization of Norway, virulently attacked Islam, which he described as "a religion of violence, a religion of wars", and the Muslim Prophet Muhammad, who he called "a sexual delinquent, a looter of caravans, an assassin, a war criminal."

"We consider Islam as a threat to the Norwegian society and values," he said, claiming for instance that a daycare centre had been forced to remove a reference to Piglet, Winnie-the-Pooh's friend, so as not to offend Muslim children.

Although the witnesses expressed views similar to Breivik's, none of them openly supported his attacks.

Following objections from lawyers for survivors and family members of Breivik's victims, defence lawyer Geir Lippestad insisted the testimony was necessary to show that his client was sane.

"Our aim is not to argue in favour of a political opinion but to show that the way the accused views the world is shared by others," he stressed.

Breivik, 33, is intent on proving his sanity to ensure that his ideology — described as a crusade against multiculturalism and a pending "Muslim invasion" of Norway and Europe — not be written off as the rantings of a lunatic.

On July 22nd, he first bombed a government building in Oslo, killing eight people, before going on a shooting rampage on the nearby Utøya island, where the ruling Labour Party's youth wing was hosting a summer camp.

There, he killed 69 people, most of them teens, with the youngest having just celebrated her 14th birthday.

Breivik blames the Labour Party for the increase in Norway's multiculturalism.