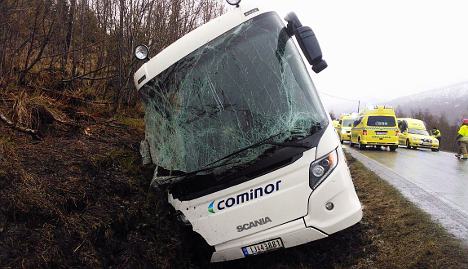 The chartered bus was travelling from Murmansk in Russia to Finnsnes in Norway when it came off the road. All of the approximately 30 passengers on board were Norwegians.

The accident took place on the E6 motorway shortly before 6am on Monday.

Six of the people injured in the accident were taken by ambulance to the University Hospital of North Norway in Tromsø. The seventh was transported by helicopter.