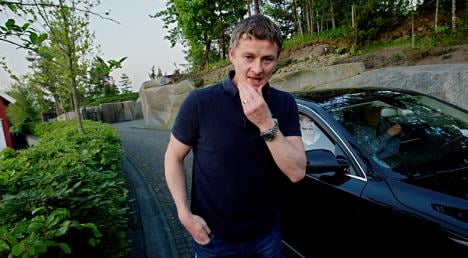 According to Norwegian media reports Solskjær reached an agreement with the Norwegian champions and their billionaire backer Kjell Inge Røkke over dinner on Tuesday. The meeting was convened after a period of turbulence at the club following Solskjær's decision to fly to Birmingham on Friday to meet Aston Villa officials.

Kjell Inge Røkke, whose firm Aker ASA has backed Molde FK to the tune of at least 500 million kroner ($84 million), reacted angrily to the reports of Aston Villa's interest, threatening to withdraw his funding of the club.

According to the agreement, Solskjær has agreed to rule himself out of the Aston Villa post and commit himself to Molde FK for the 2012 and 2013 seasons, according to a report in the Dagbladet daily.

Solskjær is however reported to have secured a clause in the agreement that were Manchester United to come calling he would be allowed to leave in 2012. Furthermore the young coach would be allowed to speak with Premier League clubs next season on the proviso that financial compensation would be forthcoming.

Kjell Inge Røkke, together will fellow investor Bjørn Rune Gjelsten, have in return promised to stump up 10 million kroner to strengthen Molde FK's squad, according to Dagbladet.

Aston Villa has since confirmed the news that Ole Gunnar Solskjær has ruled himself of the race to replace the sacked Alex McLeish.

Molde FK have announced that they will hold a press conference at 5pm on Wednesday to clarify the situation regarding the club, the investors and their sought after young manager.

"No enquiries will be answered before the press conference," the club declared in a statement on Wednesday morning.

Kjell Inge Røkke, one of Norway's wealthiest men, is known in the UK for having bought Wimbledon FC in the late 1990s and presiding over the 1988 FA Cup winners' controversial move to Milton Keynes.