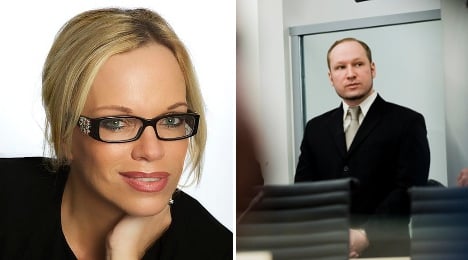 Nabintu Herland has stated that she has refused a court summons to testify as a witness in the terror case against Anders Behring Breivik, accusing the killer's defence counsel of 'calling in people with so-called media appeal in an attempt to generate sympathy'.

In an article in the Aftenposten daily on Monday, Herland explained her position and confirmed that she has informed the Oslo District Court of her decision.

"If it means that I am dragged to prison, then they can very well turn me into a political martyr. I refuse either way to run the gauntlet in the twisted killer's show where he and his lawyers call in people with so-called 'media appeal' in the attempt to generate the killer sympathy," Nabintu Herland wrote.

The well-known author and debater argued that the summons against her serves no purpose for the outcome of the trial.

"I was not in Norway on July 22nd. My testimony has no bearing on the question of guilt or sanity. I am neither a forensic psychiatrist, lawyer nor terrorism expert," she argued.

In her article, entitled "Political witch-hunt", Nabintu Herrland claims that Norway is in the grip of a "crude tug of war" in which those opposed to the Labour Party (Arbeiderpartiet) are treated with suspicion.

"As it is now, it almost such that if you are critical of the Labour Party, then you are automatically put in the same category as a mass murderer," she claimed.

She continued to argue that political debate is becoming stifled in Norway, going as far as to claim that "we are well on our way to becoming the new East Germany, where intolerant socialists man the front line".

Hanne Nabintu Herland was born in Kivu in what is now the Democratic Republic of the Congo and came to Norway as a 19-year-old. Her writing debut concerned the culture shock she then experienced.

She has written several further books including "Alarm! Reflections over a culture in crisis" (Alarma! Tanker om en kultur i krise" – 2010) and "Respect" (Respekt – 2012).

Nabintu Herland is a prolific debater and regularly features in the Norwegian media with a focus on topics such as religion, feminism, ideology and social development.