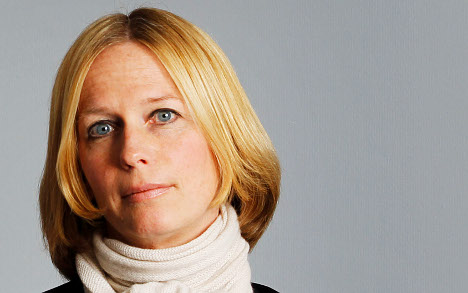 For the second day in a row on Wednesday, Engh, 41, tactfully questioned the rightwing extremist standing trial for "acts of terror" for killing 77 people in twin attacks in Norway on July 22nd 2011.

Where others might have raised their voice or become stern as Breivik grew less and less willing to cooperate, Engh maintained her calm and friendly tone.

"This is how I talk to the accused. My experience is that I get more out of them (that way) than by being aggressive," she told reporters in the Oslo courthouse, where some of the non-Norwegian media representatives were surprised by her method.

"I'm afraid of coming across like a 'prosecuting machine'. The human aspect is important. Each case is filled with people's destinies and difficult lives,"  she told Norwegian paper of reference Aftenposten back in February.

Engh seemed to try to gain Breivik's confidence on Tuesday, sometimes using the tone of an understanding teacher and sometimes that of a caring social worker.

"I hope it doesn't sound like I'm talking to a child," she told reporters at the end of the second trial day on Tuesday, standing alongside the other prosecutor in the case, Svein Holden, who is three years her junior.

But on Wednesday, Engh, wearing the black judicial robe worn by all members of the court, showed she can turn it up a notch when necessary.

She challenged Breivik when he repeatedly refused to answer her questions, saying "I have no comment" and "I don't want to answer that."

"But Breivik, you have the opportunity to convince us that what you say is correct!", she insisted, taking a confrontational but professional tone.

She told reporters on Wednesday she has "different styles" she likes to mix.

"I change them along the way, as I see fit. I don't have one permanent style. Then the people I talk to would always know where I am coming from. So I change along the way, depending on the theme and what works in the situation I am in," she said.

Engh was born into a family of lawyers on her mother's side, and she didn't hesitate for a second when she was offered the case last August.

"I took a deep breath and I immediately knew that I had to take on this challenge," she told Aftenposten.

Since then, "this case hasn't left my thoughts, I even think about it at home" in the evenings, where her husband has taken on a larger share of caring for their two children, the youngest under the age of three.

The Breivik case is by far the biggest of Engh's career so far, though she has prosecuted many criminal cases in the 10 years since she left the UN headquarters in New York where she worked in international law.

As a teenager she wanted to be a defence lawyer or psychologist, and her colleagues describe her with terms that would suit such career choices as well: methodical, strong presence, agreeable, insightful and someone who spreads good feelings, according to Aftenposten.