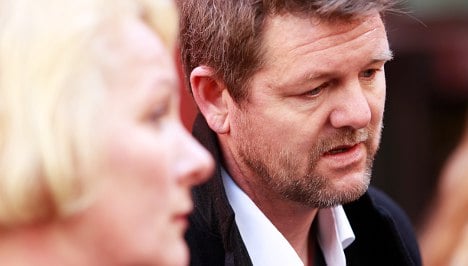 Telling the court on Tuesday that he "would have done it again" if he could, Breivik read a prepared text on his xenophobic and anti-Islam ideology for an hour and 13 minutes, much longer than the 30 minutes initially granted.

Chief judge Wenche Elizabeth Arntzen occasionally reminded Breivik to wrap up quickly and tone down his comments, but nonetheless allowed him to finish, a decision backed by survivors and relatives of the victims at the courthouse.

"He was allowed to finish yesterday, which was important for the court to be able to determine who he really is, why and how he was radicalized to the point of becoming a terrorist," Trond Henry Blattmann, the head of a support group for the families of victims killed in the July 22 twin attacks, told AFP.

"Breivik has been treated correctly, in line with existing legal principles in Norway," he added.

The head of the Norwegian Lawyers' Association, Berit Reiss-Andersen, agreed.

"He's being treated like any other accused in Norway," she told AFP, saying that was absolutely crucial.

"Of course, he could have been stopped occasionally on some of the sensitive points, but the important thing was for the court to hear him. Especially to determine whether or not he can be held accountable for his actions," Blattmann said on Wednesday.

"That's the general opinion of the group for which I am the spokesman, though among our thousand or so members some do think that it went too far," he said.

Breivik said the 69 people he gunned down, mostly teens attending a Labour Party youth wing summer camp on Utøya island, were "not innocent children," and compared the youth wing to Hitler Youth.

Some felt however that he should not have been allowed to ramble on at length.

"It wasn't necessary to hear him go on for so long," said Christian Lundin, a lawyer representing some of the families of survivors.

Ali Esbati, a Swede of Iranian origin who survived the Utøya carnage, noted "there were some moments where the prosecutor tried to back him into a corner, such as when she asked him who had given him a mandate to kill 77 innocent people in the name of his political ideology."

"Everyone could see during this exchange that Breivik was subdued, totally lacking charisma. It was interesting to see him in that light too," he said.

Another survivor who has agreed to speak to the media — many have donned stickers reading "No interviews, please" — was Tore Sinding Bekkedal. He stressed the importance of hearing the gunman.

"He killed my friends but I can listen to him so that justice can be done, even if he is inventing a lot of stuff," he told AFP.

The survivor said he would never want Breivik to be censored, regardless of how "irrelevant" his remarks are.