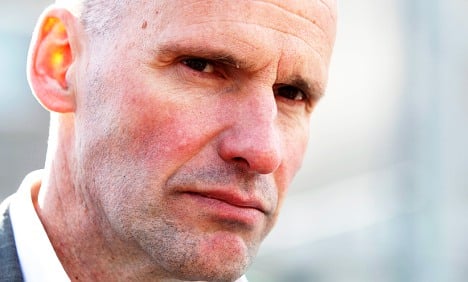 But he took the case because of the ideals he cherishes, and which, paradoxically, his client loathes.

"My soul is on loan in this case. I hope to get it back intact, but I'm not sure," Lippestad told AFP. "You're never the same person after a case like this."

With his shaved head and sombre-looking eyes, the 47-year-old was at first at a loss to explain why Breivik chose him as his defence lawyer, given their diametrically opposed beliefs.

In the 1,500-page manifesto Breivik posted online just before committing the worst massacre in post-war Norway, the 33-year-old rightwing extremist stressed the importance of hiring a "nationalistic oriented lawyer" for a future trial.

"The candidate must be informed that the purpose of your defence is not to ensure the lowest possible sentence but rather to further the cause of saving Europe from Marxism and the subsequent manifestations (Islamisation etc.)," he wrote.

With Geir Lippestad, he drew a blank there.

The lawyer has never hidden his support for the ruling Labour Party, which suffered heavy losses in the July 22nd attacks.

The answer can be found in his curriculum vitae.

In 2002, Lippestad defended Ole Nicolai Kvisler, who was sentenced to 17 years in prison for his part in the 2001 killing of a 15-year-old Norwegian-Ghanaian boy in what was described as "the first racist crime" in Norway's history.

The murder sparked a wave of indignation, and Prime Minister Jens Stoltenberg called for "zero tolerance" of racism.

Lippestad thought long and hard before agreeing to defend Breivik.

"My first thought was 'out of the question'. But as my wife, who is a nurse, said: if he had been wounded on Utøya and he had been brought to the hospital where she works, the doctors and nurses would have done what they could to save his life," Lippestad said.

"It's the same thing in the legal system. We have to do whatever we can to protect his interests and it's up to the judges to make the appropriate decision," added the lawyer whose family recently welcomed its eighth child.

A firm believer in the rule of law and democratic values, he stands in stark contrast to Breivik who claims to "detest anyone who believes in democracy".

Since taking the job, Lippestad has received kudos all around, including from the survivors of Utøya, for the way in which he has shouldered the delicate role of protecting his client's interests all the while keeping his distance.

"A lawyer has to ensure that he is not identified with his client," he explained.

"When I relay his comments, I take care to show that they don't reflect my own beliefs."