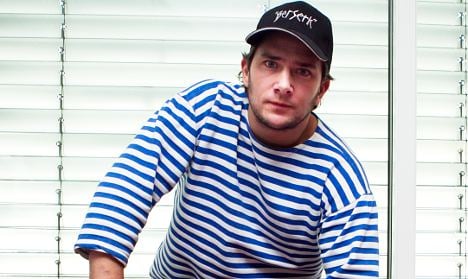 "Armed soldiers are on board the boat," which has docked in Puerto Williams, on Chile's extreme southern tip, Rune Olsgaard told AFP in Oslo, adding: "Chilean authorities will decide how to proceed in this case this afternoon, Chilean time, at the earliest."

After slipping away from New Zealand authorities who wanted to block him from returning to the Ross Sea, Andhøy and four other men headed back towards Antarctica in late January without authorisation to discover the fate of comrades who were lost in a first unauthorised expedition headed by Andhøy last year.

In February 2011 he and a companion had tried to reach the South Pole on quadbikes as three others waited for them aboard their sailboat Berserk.

But the vessel disappeared when a fierce storm packing winds of 180 kilometres per hour battered the Ross Sea and the three on board were never found despite an extensive search coordinated from New Zealand.

Andhoøy was airlifted unharmed from Antarctica along with his companion after the first expedition but New Zealand authorities decided he should not be allowed to return after the massive resources they had deployed.

He also lacked the necessary authorisation from Norway's Polar Institute, which regulates Norwegian expeditions to the continent and runs a research station in Queen Maud Land.

The second expedition launched in January failed to locate Berserk, but Andhøy told the Dagbladet daily last week that he was considering a third trip to Antarctica to continue the search.

It was not clear why the Chilean navy had intercepted the boat, but Olsgaard said it appeared to relate to a "misunderstanding" with Wellington concerning a New Zealand national accompanying Andhowy, Busby Nobel.

According to New Zealand media, Nobel had been onboard the yacht in an Auckland port and had become part of the expedition against his will when Andhøy took off at full speed to skirt authorities.

But Olsgaard said Nobel had called the New Zealand consulate in Santiago to say he was on the ship of his own free will.

The Chilean coast guard has also accused Andhøy of being in Chilean waters with a boat sailing under a false name, but Olsgaard insisted the Russian-registered yacht Nilaya had been officially rebaptised Berserk in honour of the misfortuned ship lost during the first expedition.

The Norwegian foreign ministry meanwhile confirmed that it had been informed that Andhøy's boat had been rerouted to a Chilean port, but said it was not aware of any request from the Norwegian adventurer for consular assistance. 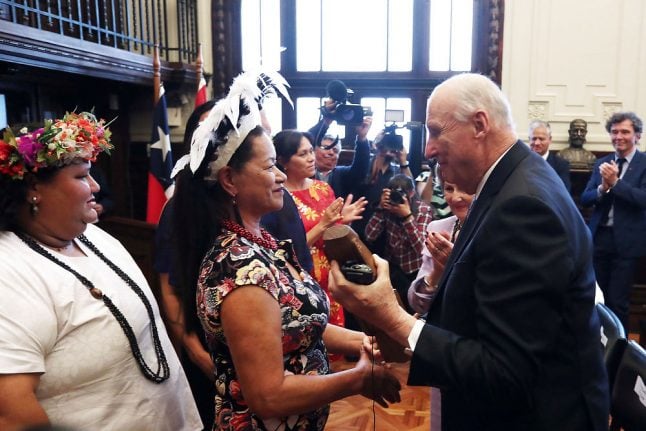 “It was an amazing experience that I could have done without,” Birkeland told newspaper VG.

He and his wife were disembarking from the cruise ship Fram at Half Moon Island when the unfortunate traveler slipped on a stone and tumbled backwards.

Once the ship’s doctor ascertained that he had broken his collar bone, the cruise liner quickly set course for King George Island, home to a Chilean military base.

“There I was picked up by a 90-seater four-engine jet plane. My wife and I were the only passengers on the journey to Puerto Arenas in Chile. From Chile, I was flown by air ambulance to Buenos Aires in Argentina, where I lay in hospital for eight days.”

The trip from Antarctica to Buenos Aires alone cost around half a million kroner, he believes.

After racking up more than a week’s worth of hospital charges, he still needed to be brought home to Norway on a stretcher, which was hung from the ceiling at back of the jumbo jet.

Birkeland was full of praise for the assistance he received all the way along his difficult journey home from Antarctica, with medical and airline staff taking the edge off the ordeal.

As he prepared to get some sleep on the transatlantic flight, one of the air hostesses approached his wife to say her husband had requested a goodnight hug.

“I hadn’t expressed any such wish, but it was nice to get it anyway,” he said.

Luckily for Birkeland, the enormous costs were borne by his travel insurer. His experience, he said, should serve as a warning to anyone considering traveling without cover.