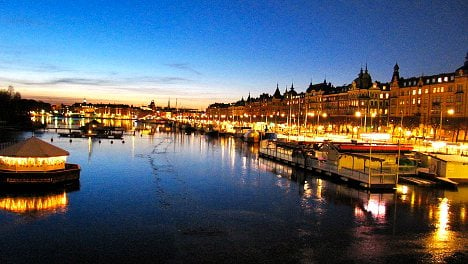 The dust-up over which city reigns supreme in Scandinavia took place at a real estate and investment show in Cannes, France, where some 200 Swedish representatives placed banners and advertising materials with the slogan "Stockholm: The Capital of Scandinavia".

The move sparked a fierce backlash from Norwegian and Danish delegations miffed at the Swedish capital's unsubstantiated claim to be the top city in Scandinavia.

The Swedes even used the slogan at the bottom of the event’s entry card, prompting irritated reactions from other fair-goers who weren’t in favour of the claim.

“Many Norwegians reacted by spontaneously tearing off the Stockholm advert [from the entry card],” Fossen said.

Monica Ewert of Stockholm Business Region, the group behind the Swedish campaign, claimed that the slogan was a result of two years of campaign planning, and she sticks by the phrasing.

“Stockholm is the biggest city in Scandinavia and is centrally located. We have the biggest work force, and a truly influential culture – that’s the motive,” she told the Svenska Dagbladet (SvD) newspaper.

And Ewert isn’t concerned by the thought that such a brash statement could lead to negative publicity, as it has only led to positive statistics since its inception in 2005.

PARTNER CONTENT
Mayor of Stockholm: ‘We want to be the impact capital of the world’
Url copied to clipboard!