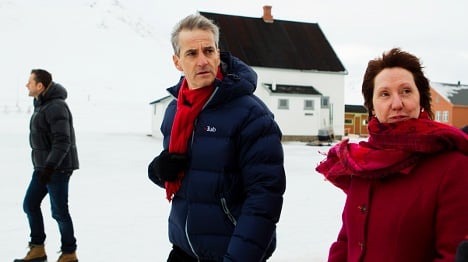 The polar region has seen ice shields retreat because of global climate change, which is ironically promising to open the remote area up to oil and gas exploration as well as shipping.

"The Union has begun to think about its policies towards the Arctic," Ashton said after arriving at the Svalbard islands late on Wednesday.

"We have some discussions already but I wanted to see for myself, and there is nothing better than going somewhere as extraordinary as Svalbard."

Travelling around the islands, which cover an area twice the size of Belgium, about 1,000 kilometres from the pole, Ashton visited a glacier and spoke with international researchers in a remote village.

The EU top diplomat said she was eager for the 27-member bloc to receive permanent observer status on the Arctic Council, an eight-country forum.

"We want to become an observer… not just because some of our member states are so connected to it, but because all of the European Union has something to offer, when you think about some of the environmental issues," she said during an earlier stop in Kiruna in the far north of Sweden.

To allow the EU as an observer, all the eight members of the council must agree, but according to Norwegian media, two members, Canada and Russia, are reluctant to go along with the move.

The other members are Denmark (with Greenland), Finland, Iceland, Norway, Sweden and the United States.

In addition to climate change, especially visible in the region where the icecap has been melting, Ashton also discussed energy issues.

The Arctic is rich in mineral resources, and its seabed is thought to hold 13 percent of the world's undiscovered oil reserves and 30 percent of gas resources yet to be found, according to the US Geological Survey.

"Trade routes as well are a very interesting issue for the countries of this region but also for world trade, because the potential of being able to use the routes of the Arctic is enormous," Ashton said.

The region has taken on an increasing strategic importance with the opening up of a new shipping route as the Arctic icecap melts.

Compared with traditional routes through the Suez Canal or the Cape of Good Hope, the Northeast Passage, north of Russia, would considerably shorten the voyage between Europe and Asia.

The coveted riches have stoked tensions between bordering countries, while environmentalists worry increased shipping and oil and gas exploration could lead to spills that would be catastrophic for the delicate ecosystem.