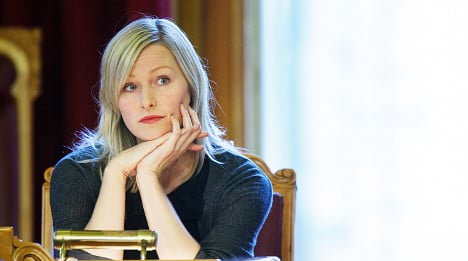 Outgoing SV party leader Kristin Halvorsen has stepped in as a temporary replacement but the 35-year-old Thorkildsen, a member of the parliament's finance committee, is set to be offered the role on a permanent basis, sources told the business daily.

Lysbakken’s resignation has thrown SV’s plans into disarray. The ex-minister was the sole candidate to take over as party leader at a congress this weekend.

Party sources had also previously revealed that the Socialist Left, a junior partner in the three-party red-green coalition, was planning personnel changes in its other ministerial posts after the congress.

The party on Monday continued to back Lysbakken for the leadership position, but a general voter survey by pollster InFact showed that 61.5 percent now felt he was unsuitable for the job, with even SV voters hoping for the emergence of another candidate.

Lysbakken resigned on Monday over revelations that his department granted funding to a feminist self-defence organization attached to his own Socialist Left Party.