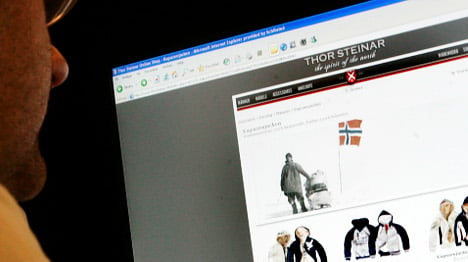 German daily Die Welt reported that complaints are flooding in from residents and politicians about the shop in the town Chemnitz, outraged at what appears to be a deliberate act of provocation by a brand commonly associated with the far-right scene.

"This scandalous choice of name has shown a new level of aggression, and violent right-wing tendencies from Thor Steinar," said local politician Hanka Kliese of the centre-left Social Democratic Party.

The chain has defended itself by pointing out that it names all its branches after places in Norway and that they named their newest branch, opened last Thursday, after the village of Brevik, south of Oslo.

Indeed, the company previously had a shop called "Brevik" in Hamburg, though this was closed in 2008.

But critics say this is not enough to explain the choice of a name that is almost identical to that of Norwegian right-wing extremist Anders Behring Breivik, who shot dead dozens of teenagers on the island of Utøya and bombed Oslo city centre last year.

“Having a shop with this name is a catastrophe,” Katja Uhlemann, spokeswoman for Chemnitz council told The Local. “We are in contact with the company that rents out the building and are putting every measure necessary in place to get it shut down but it might prove difficult as it is a private rental company.”

"Legally, we have no power to shut the store down, but we can see from the closing of Thor Steinar shops in other towns that it is possible," she added.

The rental company told local newspaper Die Freie Presse that when they first saw the sign above the door, their “blood ran cold.” They said they had not known the Thor Steinar company's reputation.

Local politicians are particularly concerned about the damaging effect the shop may have on Chemnitz. Neighbouring town Zwickau is already in the media spotlight for having been home to a group of neo-Nazi mass murderers unmasked last year.

A protest is set to take place on Wednesday outside the Brevik shop – which lies in a student-populated area of Chemnitz – and has been planned by the local authorities in the hope that it will drive the company out of the city as soon as possible.