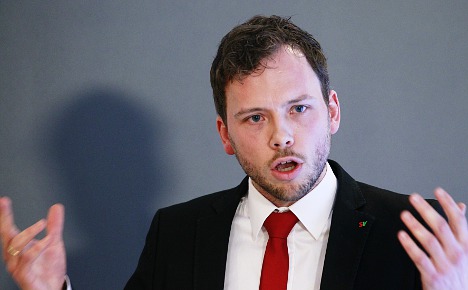 ”I’m a firm believer that mistakes have consequences. I bear responsibility for the mistakes that have been made and I take responsibility. I have therefore informed the Prime Minister that I am resigning today as minister,” Lysbakken said at a press conference on Monday afternoon.

Last autumn, the equality ministry earmarked 500,000 kroner ($90,000) for self-defence courses for girls. The funds were discussed in the 2011 budget but were never publicly advertised. Instead, they were awarded to two organizations that contacted the department of their own accord.

A parliamentary committee wrote to Lysbakken on January 31st demanding an explanation after newspaper Dagbladet published an article alleging abuses.

According to Lysbakken, his department had originally intended to announce the availability of the funding, but the process was derailed for “different internal reasons”.

Lysbakken on Monday presented 11 new emails and three text messages relating to the case after external investigators sifted through some four million emails, as well as all text messages to and from the minister.

“I’ve done all I can to find all relevant information pertaining to the case. I promise full openness surrounding all documents in the case. I take a serious view of our failure first time round," he said.

Lysbakken previously came under fire after denying that anyone at the ministry had responded to an e-mail sent on April 15th 2010 on behalf of  Girls’ Defence, a sub-group of the party's youth wing.

Already under pressure, the minister’s position became increasingly uncertain after an email emerged on February 24th revealing that secretary of state Henriette Westhrin had in fact replied to the group’s request for funding and had vowed to look into the matter.

Two days earlier, Lysbakken said “no reply was ever sent” to an e-mail from Mali Steiro Tronsmoen, then head of the Socialist Youth group. The minister also said he had presented all of the relevant documentation in the case to a parliamentary committee examining the alleged misuse of state funds.

In her e-mail, addressed to Henriette Westhrin, the Socialist Youth chief began by presenting the idea of feminist self-defence courses for girls before quickly getting to the point:

“Now that the Socialist Left has moved in to the Ministry for Children and Equality, we wonder if any of you sitting there have the opportunity to carefully go through what possibilities there may be for financing such a project. For us, the most important thing is that girls get the opportunity to participate in the kind of self-confidence and self-defence courses that we can offer, not that the Socialist Left is behind them.”

When confronted with the e-mail, Audun Lysbakken said he had spoken in good faith when he denied its existence.

As deputy leader of the Socialist Left party, Lysbakken has been seen as one of the main candidates to take over from outgoing party chief Kristin Halvorsen. Despite the scandal, he remains interested in becoming the party's new leader, he said on Monday.