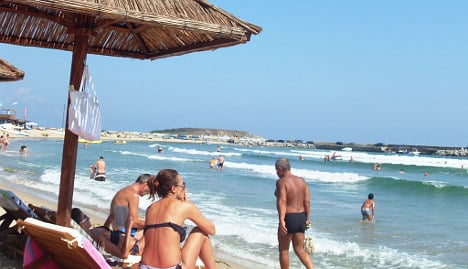 On returning to Norway, the family reported tour operator Apollo to the national board for package tour disputes (Pakkereisenemnda), newspaper Aftenposten reports.

“The hotel complex and facilities were good but we react to the fact that Apollo sent us to a timeshare hotel with only Bulgarians and Eastern Europeans.

“We feel we’ve had the wool pulled over our eyes and would never have chosen this hotel if we’d known in advance."

The family said they had chosen the Black Sea holiday destination with their 12-year-old daughter in mind. But they soon found there was a lack of other children with whom she could easily communicate.

“The Sveti Toma hotel advertises a children’s club, games and entertainment. It is correct that these are on offer, but not in an international language such as, for example, English or German. The language form was Bulgarian.”

Desperately disappointed, they asked Apollo to put them up at a hotel with fewer locals. The tour operator agreed to do so, but said the family would have to pay 8,000 kroner ($1,400) to cover additional costs.

Unhappy with the proposed solution, they instead travelled back to Norway a week earlier than planned, Aftenposten said.

Writing to the complaints board, the family said Apollo should have informed them there would be lots of Eastern European holidaymakers staying at the hotel in Sozopol, Bulgaria.

The complainants therefore demanded a full refund for the holiday as well as compensation for their journey home.

But the board instead came down squarely on the side of the tour operator, saying:

“Even if you travel abroad using a Norwegian/Scandinavian tour operator, you can’t expect there to be a majority of Scandinavians at the hotel.”

Apollo said tourists were welcome to ask in advance which resorts offered the greatest likelihood of meeting Norwegians, noting this often varied according to season.

“Obviously we can’t guarantee the visitor make-up at a hotel since we generally don’t own the hotels where we offer rooms, but we can offer guidance to anyone with specific requests,” spokeswoman Helen Begby told Aftenposten.

She added that it would be borderline racist for Apollo to keep close tabs on which nationalities tended to stay at the hotels where it offered rooms.

“We have to expect to meet people from different cultures when we go on holiday, and large international hotels are always going to have guests from all corners of the world,” said Begby.