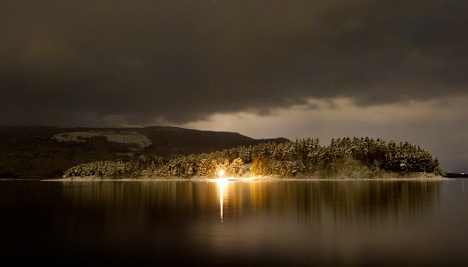 Many residents in the town of Ringsaker were also shocked to learn that 28-year-old Kjetil Wangen spends much of his leisure time making films that depict scenes of extreme violence and rape.

School leaders suspended the teacher this week when they became aware of his involvement in the amateur films.

Wangen's after-school activities came under the spotlight after a number of his acquaintances reacted furiously to recent status updates on Facebook, local newspaper Hamar Arbeiderblad reports.

In one message he referred to the cold-blooded fatal shootings of 69 mostly Labour Party youth wing (AUF) members on the island of Utøya last July:

“Hope the Labour Party sends more AUF members to Utøya in the coming year, and that this year yields another great hunting season out there.”

On Monday, shortly after Breivik appeared in court for a custody hearing ahead of his trial in April, the teacher wrote:

“The good man cuts a fine figure on television.”

Town councillor Jørn Strand said the municipality was seeking to resolve issues surrounding the teacher’s employment contract as quickly as possible. Wangen has been employed as a substitute teacher since the autumn.

“The material currently openly visible on his wall is absolutely within the limits [for freedom of speech],” said Arlien.

“But if we get access to remarks that breach the provisions of the penal code, we will follow them up. It’s clear that this man is not a suitable role model for primary school children.”

Pupils at Wangen’s school recently discovered that their teacher had directed and starred in a number of films involving brutal chainsaw murders and violent rape scenes, TV 2 reports.

Wangen however defended himself against charges that the films made him an unsuitable teacher, arguing it was up to parents to ensure their children didn’t see movies intended solely for adult viewing.

“In my view what I do in the classroom speaks for itself and what I do outside the school is something different,” he told TV 2.

Wangen has admitted to sympathizing with some of Anders Behring Breivik’s views on the perceived failure by politicians to successfully integrate immigrants, but said his Facebook comments were a form of extreme humour.

“I can understand from Breivik’s point of view how he saw the world and why he did what he did, but that doesn’t mean I think his actions were right,” Wangen told newspaper VG.