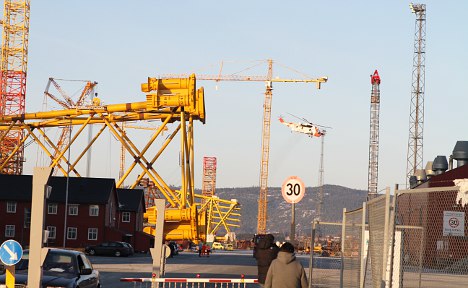 One of the victims, a woman in her late forties, is in a critical condition after the accident in Verdal, 600 kilometres north of Oslo. The condition of the other two victims, both men aged around 40, is described as serious but stable.

All three were taken by air ambulance to St. Olav’s hospital in Trondheim shortly after the accident, which happened at 2pm on Wednesday.

The three employees of Bis Industrier were taking quality control photographs when the accident occurred.

“We’ve found physical damage to several parts [of the crane] but we don’t know what caused it,” he added.

Løvås said it was too early to comment on where responsibility lay for the accident.