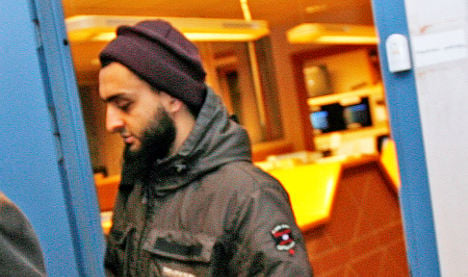 Norway’s domestic intelligence service, PST, announced on Twitter on Wednesday that it had made its second arrest in the case.

Mohammad’s lawyer, John Christian Elden, confirmed that his client had been apprehended and charged with threatening state officials.

“He denies committing an offence and says it’s paradoxical that the security police have arrested him for his part in a demonstration that was protected by Oslo police,” Elden told news agency NTB.

The video was posted to a Facebook page calling for Norwegian troops to leave Afghanistan. Its appearance heightened tensions surrounding an anti-war demonstration due to be held outside the Oslo parliament just days later.

Amid huge media interest, the demonstration eventually passed off without major incident.

Last week, Mohammad drew the ire of the authorities with a message posted on the Facebook wall of Prime Minister Jens Stoltenberg, newspaper VG reports. The message read:

“To: Jens KAFIR Stoltenberg Enemy of Allah, mass murderer and terrorist! Pull the soldiers out of Afghanistan! Allah will punish you for your misdeeds, may you burn in Hell for all eternity!”

Mohyeldeen Mohammad has admitted to publishing the message on Stoltenberg’s wall.

“He hasn’t been charged over that, and I stay well away from his politics,” said the lawyer.

Mohammad previously caused outrage in 2010 with comments made after the publication in Norwegian newspaper Dagbladet of a caricature of the Muslim prophet Muhammad.

A 21-year-old old man from Skien, south-eastern Norway, remains in custody after his earlier arrest in connection with the contentious video.

The man, a Norwegian citizen with a Central American family background, was arrested at his home in the town on January 20th by officers from the Telemark police service and the PTS.

He faces charges of threatening state officials and incitement to terrorism.