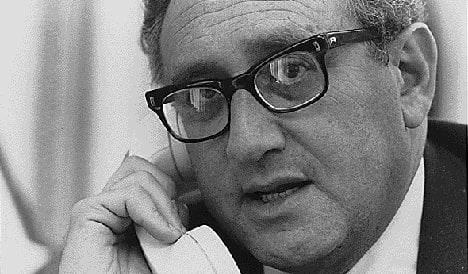 ”It is crystal clear that the committee is not following the will. No one has contested my argument on that point. But so far, it has been completely impossible to start a discussion about it,” Norwegian author and law professor Fredrik S Heffermehl told Swedish daily Dagens Nyheter.

Although many laureates have done "commendable work", Heffermehl argues that this is not enough to receive a prize with such explicit criteria.

Alfred Nobel's will states that the prize should be given to “the person who shall have done the most or the best work for fraternity between nations, for the abolition or reduction of standing armies and for the holding and promotion of peace congresses.”

In awarding the prize to politicians such as Barack Obama, Henry Kissinger, or even Al Gore, whose work focuses on the environment and not peace and disarmament, the committee is failing to respect the wishes of the deceased benefactor, Heffermehl believes.

”Nobel was much more clever and had broader visions than the peace prize committee about global disarmament, among other things,” he told Dagens Nyheter.

The Stockholm County Administrative Board (Länsstyrelsen), the agency tasked with monitoring the Swedish Nobel Foundation, has agreed to investigate the matter. The agency said it has taken the preliminary step of writing to the foundation, asking for its view on the stipulations in Alfred Nobel's will.

Mikael Wiman, legal expert at the agency, thinks that it is clear that the responsibility lies with the Swedish Nobel Foundation, which supervises the work of the Norwegian committee.

”We think Heffermehl has a point. Not that the foundation should get involved in particular appointments, but we do think they should ensure that the rules in the will are adhered to, and they should also get the opportunity to answer what their view is on this,” he told the newspaper.

Jonna Petersson, a spokeswoman for the Swedish Nobel Foundation, said the group had not yet had time to read the agency's letter.

”All we know is that the County Administrative Board previously, in a decision from 2008, chose not to act on Heffermehl's views,” she told the paper.

However, this time it seems that the indignant author's arguments have hit home.

”We think that the professor has come back with more substance to his arguments this time,” said Wiman to Sveriges Radio.