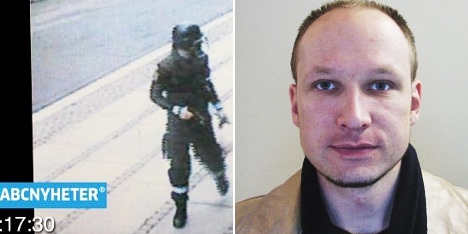 "We think there have been procedural errors since the court had, in our opinion, undue access to medical documents that should have been classified as confidential," Geir Lippestad, the lawyer for Anders Behring Breivik, told daily Dagbladet.

Lippestad, who confirmed the comments to AFP, was referring to notes, supposedly confidential, written by three psychologists and a psychiatrist tasked with monitoring Behring Breivik in prison.

In the notes revealed by Norwegian media the specialists said they saw no signs of the paranoid schizophrenia diagnosed late last year by two psychiatrists appointed by the Oslo court to assess his mental state.

The judges said a second exam was necessary due to the differing opinions on the mental health of Behring Breivik, who went on his deadly rampage in July.

The two new experts, with whom Behring Breivik has already said he will not cooperate, are expected to deliver their assessment before the start of the trial scheduled for April 16th.

The first evaluation in November sparked controversy when it concluded that he was criminally insane and therefore not accountable for his actions.

If that conclusion is confirmed, the man who has confessed to carrying out the deadliest massacre on Norwegian soil since World War II would likely be sentenced to a closed psychiatric ward instead of prison.

Behring Breivik, who claimed to be on a crusade against multi-culturalism and the "Muslim invasion" of Europe, first set off a car bomb outside government buildings in Oslo, killing eight people.

He then went to Utøya island near Oslo, and, dressed as a police officer, spent more than an hour shooting and killing another 69 people, mainly teenagers, attending a summer camp.