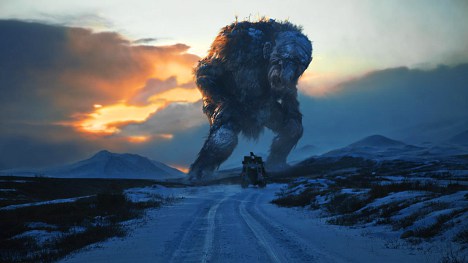 Employing the “found footage” device previously used in films like The Blair Witch Project, André Øvredal’s movie tracks a group of students as they join a would-be bear poacher on his hunt for trolls in the forests of Norway.

Released in the UK on Monday, The Troll Hunter sold 16,000 units on the first day alone, according to the Norwegian Film Institute.

After four days more than 35,000 copies had left the shelves, 34 percent of which were Blu-ray sales.

British distributor Momentum Pictures expects the film to stay on top of the charts over the coming weekend.

Momentum also oversaw the film’s cinema distribution in the UK, where it was shown at 83 different movie theatres.

The company is set to launch another Norwegian film, Headhunters, later this year.

“It’s sensational that a Norwegian film is at the top of the DVD/Blu-ray charts in the UK,” said producer John M. Jacobsen.

“It’s definitely the first time this has happened for the Norwegian film industry and it’s an unbelievable start to the 2012 film year for all of us. What’s just as sensational is the fact that a subtitled film managed to secure this position.

“We’re incredibly happy and proud at having reached yet another milestone for Norwegian films abroad,” said Jacobsen.